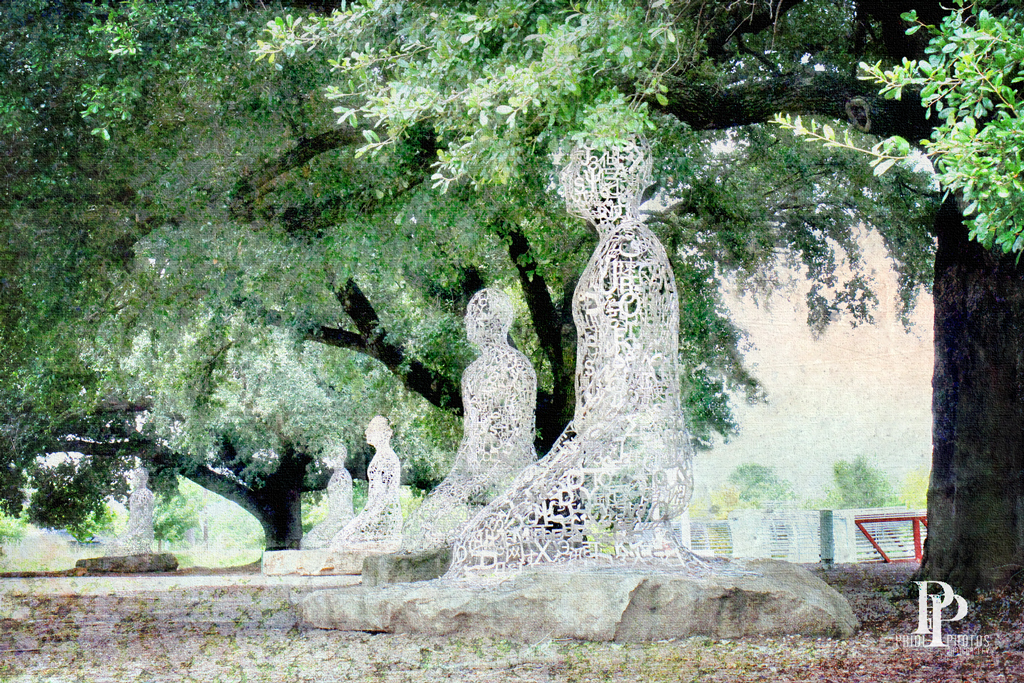 The Artist is Jaume Plensa…The Catalan artist. He was born in Barcelona in 1955 and studied art there at the Llotja School and at the Escola Superior de Belles Arts de Sant Jordi.

Some of Plensa’s other notable public art works include the Crown Fountain in Chicago’s Millennium Park; Body of Knowledge in Frankfurt and Gläserner Seele Mr. Net in Brandenburg, Germany; Breathing in London; L’Anima della Musica in Cremona, Italy; Dröm in Gothenburg, Sweden; El Alma Del Ebro in Zaragoza, Spain; Awilda in Salzburg, Austria; and his more recent Mirror on the campus of Rice University right here in Houston.

Tolerance was intended to reflect Houston’s unity and diversity. In his official statements on the work, Plensa wrote, “Despite all of the many differences that make us unique, such as religion or language, we are all trying to achieve similar things, such as love, health, prosperity, and the success of our children.”

The seven figures of Tolerance represent the Earth’s seven continents, illustrating the commonality of the human experience. In fact, the primary difference between each of the seven identical statues is the unique boulder that each one rests upon. Plensa personally selected all seven boulders in Spain and they were shipped to Houston for the permanent art installation. 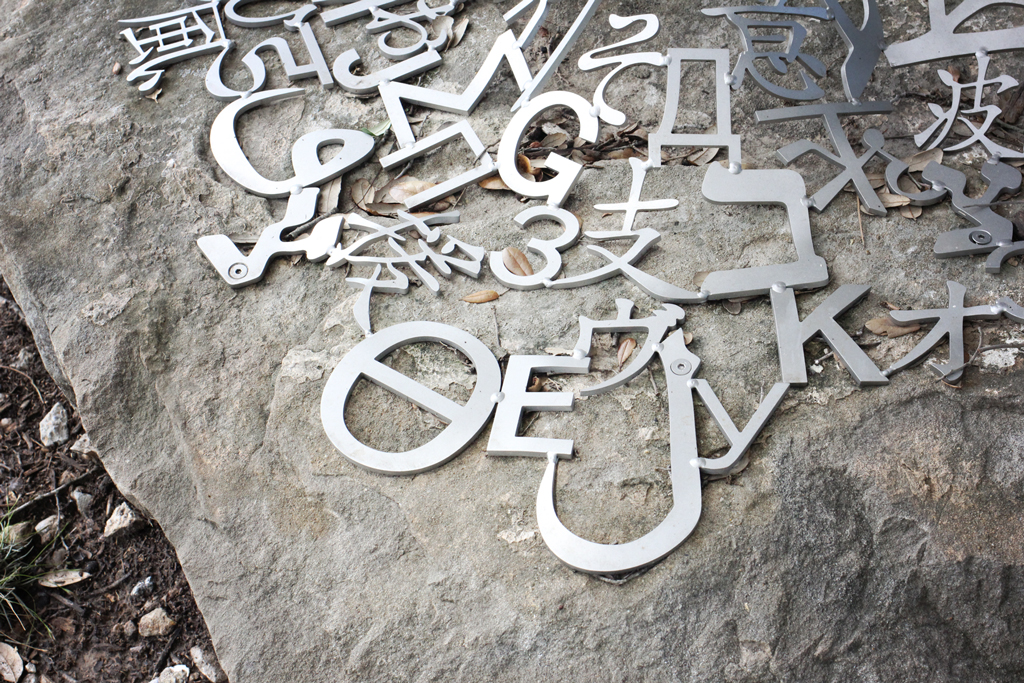 The characters that make up the stainless steel mesh are Plensa’s signature alphanumeric pattern, containing letters, numbers and symbols from a number of languages including Latin, Hebrew, Arabic, Chinese, Japanese, English, Korean, Greek, Hindi and Cyrillic. The artist stated that the arrangement of characters is random and that there are no words or written statements contained within the mesh designs.

With the downtown skyline as a backdrop, the sculptures encourage Buffalo Bayou joggers and commuters on Allen Parkway to give pause and consider the city’s dynamic diversity.

When life throws you an unexpected surprise…it just makes YOUR DAY!!!

We were in the car, taking a leisurely Sunday drive, when I looked off to the left and saw these magnificent Sculptures! I think I screamed…yes, you know I get a little excited. Smile.

Finally, after making a 2 mile detour to get back to the park…I was breathless.

I had NO idea, this was here…

Oh, can I tell you how fun it it to explore a new city?

When we got out of the car…I just stood there, trying to take it all in.

I remember saying out loud…”This needs to be more than just a photograph!”

You become more of an artist yourself, when you give a photo an artistic quality to an image.

I am seeing it everywhere, photographers are becoming more interested in creating images that move beyond photography to become more like serious art!! A fine art print.

What are your thoughts on “Tolerance?” We always love to hear your comments…