Ya’ll…Luckenbach Is One Of A Kind!

Wanderlust was calling my friends! (The reason for my long absence here.)

After, we said our goodbyes to Marisa…LOTS AND LOTS OF HUGS AND TEARS…we jumped into the truck and headed to Hill Country.

I had heard SO much about this VERY rural community called Luckenbach.

When we drove into the long dirt road…Our mouths just dropped open!

Ladies and Gentlemen…you have just entered…”A Texas State of Mind!” 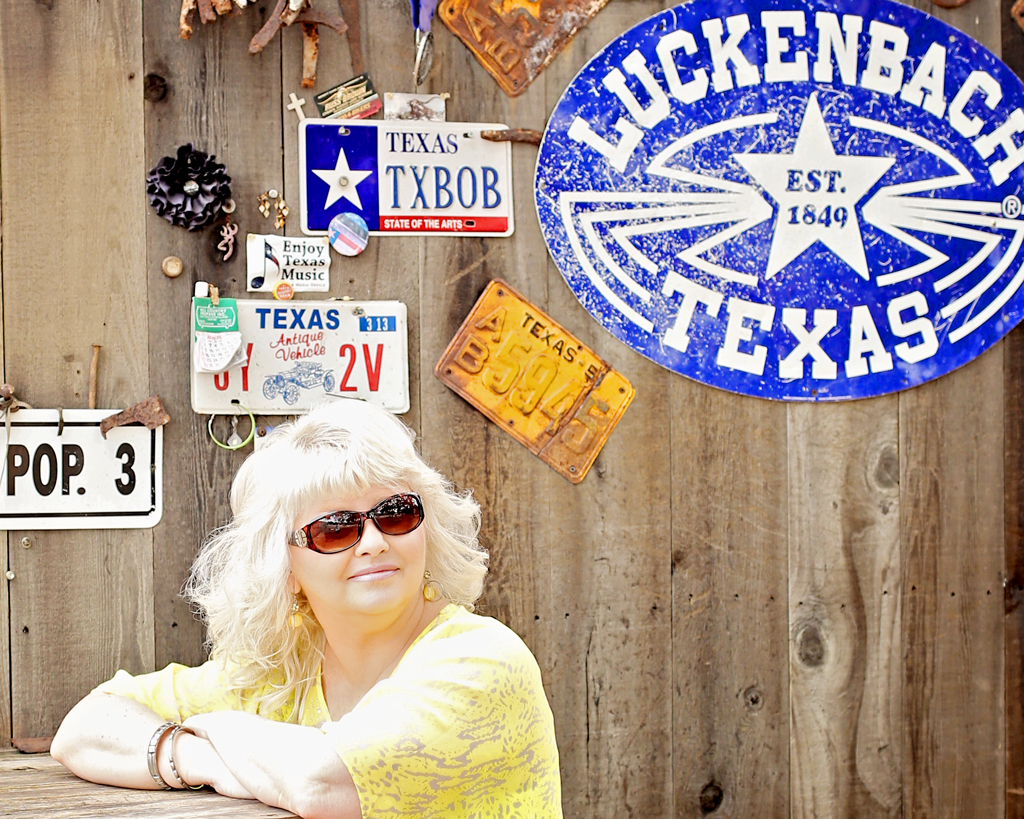 This place is CRAZY…Wild West.

On a side note, I look like a Banana Peel…just saying. Smile.

Okay, we are going to take a little excursion…this reminds me of a funny story.

Years ago, when Tarzan and I were dating, I told him that I liked his shirt.

He replies, “I look like a blueberry in it!”

I thought his comment was hilarious. It must of stayed with me, because all I could think of when I saw

the image above, yes…you got it…if he is a blueberry, then I am definitely a banana! 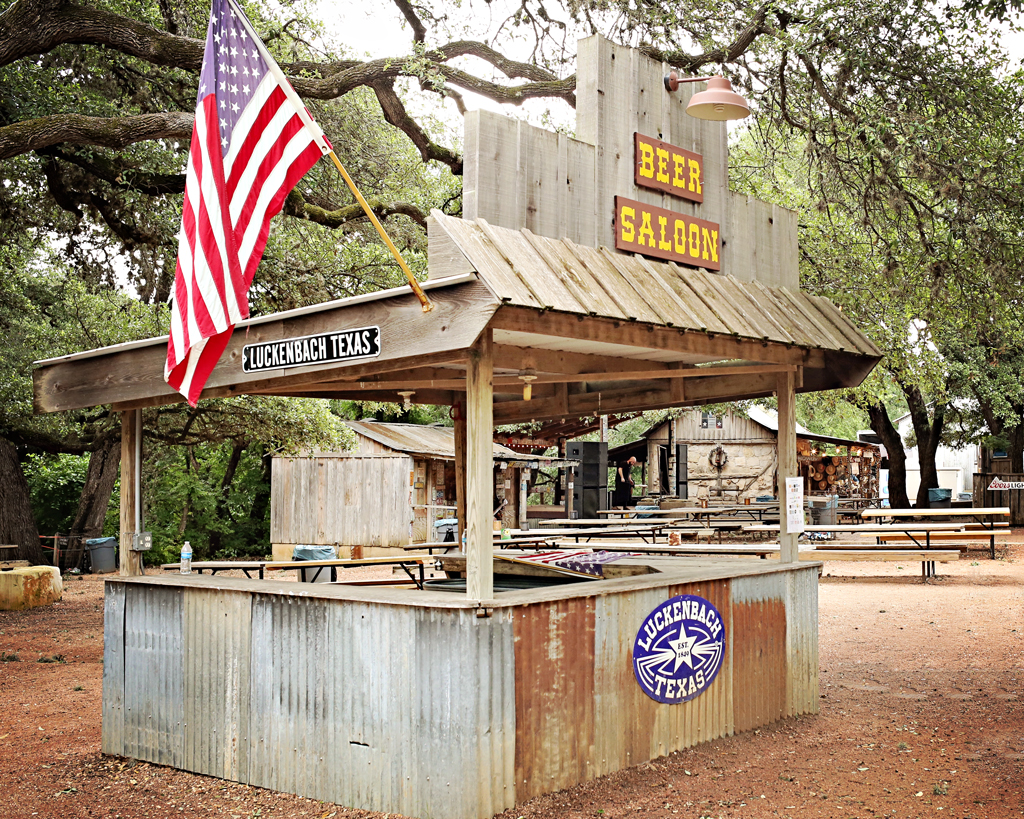 Okay, back to our destination.

In 1970—Luckenbach, which remained in the hands of the Engel family the whole time, fell into eclipse.

Benno Engel retired as postmaster and placed an ad in the local paper: “TOWN FOR SALE” —lock, stock and dancehall. 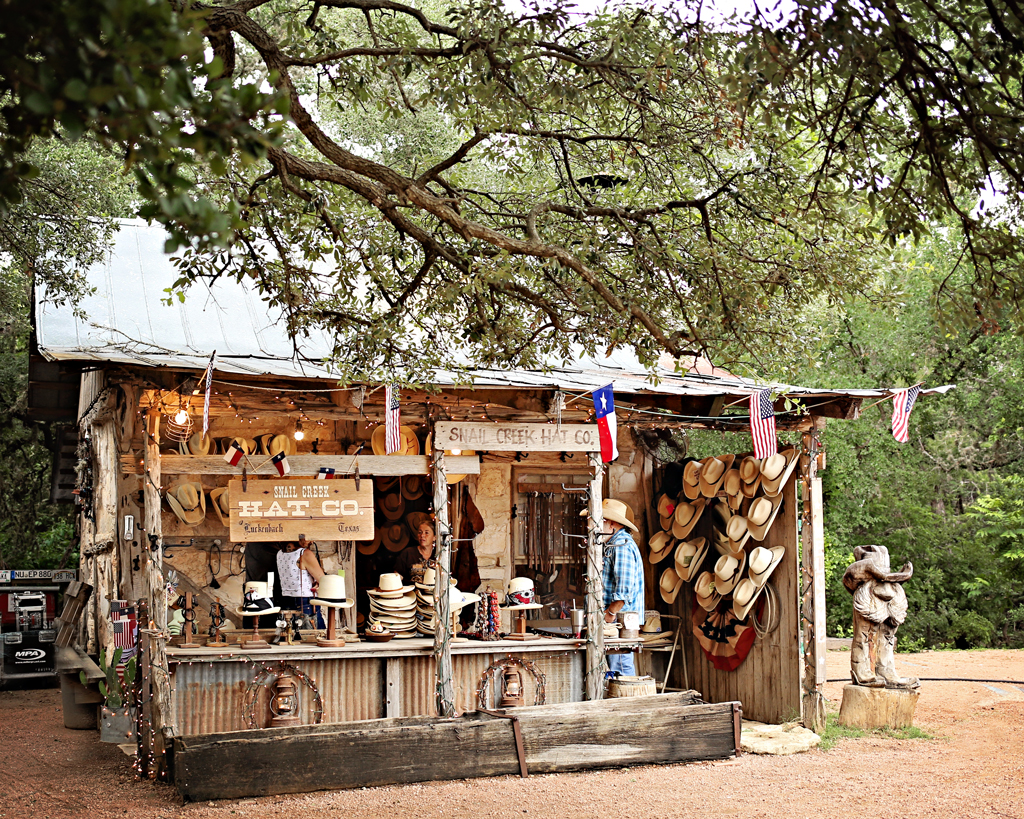 At this point, Luckenbach’s second life began. Luckenbach was purchased by a collection of only-in-Texas

characters—Hondo Crouch and his cohorts, Guich Koock and Kathy Morgan, who had what might charitably be

described as over-active imaginations. Hondo imagined it was an old west fairy-tale-like principality and gave

everybody titles. He formed a make-believe town and proclaimed himself Mayor. He made Marge the Sheriff and 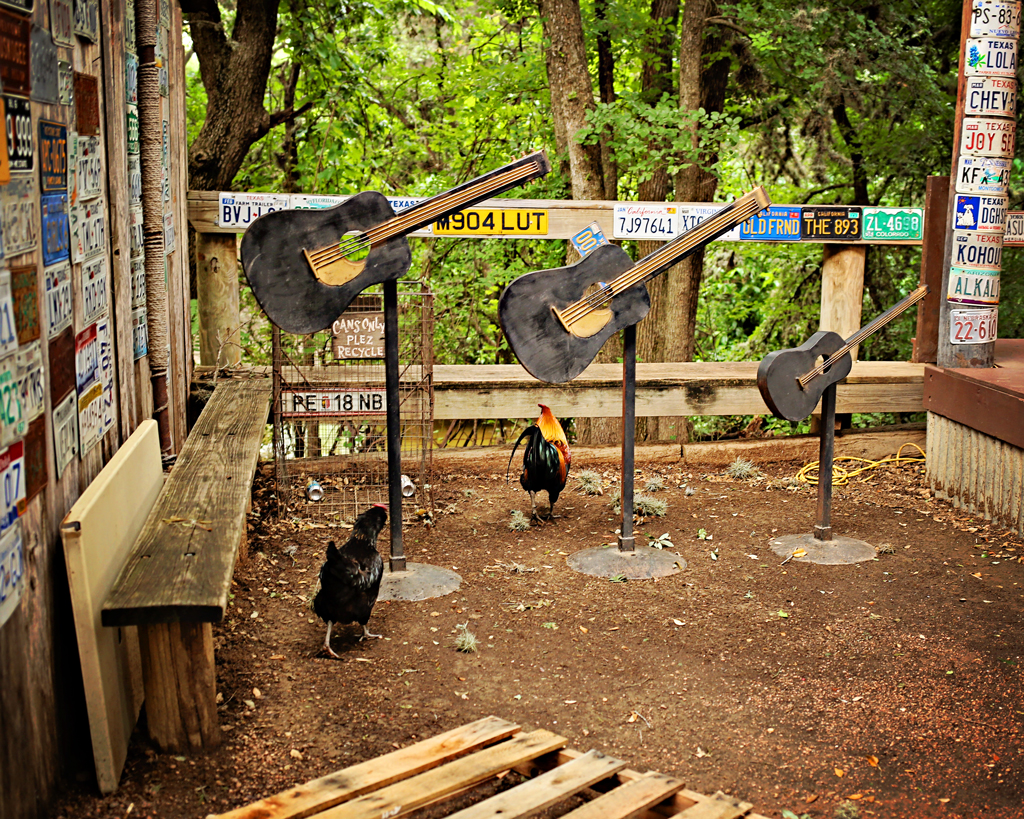 for anything that smacked of mirth and diversion: “Hug-Ins”, a Luckenbach World’s Fair, Ladies State Chili Bust,

the Mud Dauber Festival — and daily sessions of song-picking, domino playing and beer drinking beneath the 500-year-

old oak trees. Today, over thirty years later, these events are still celebrated and the pickers are still pickin’ out under the 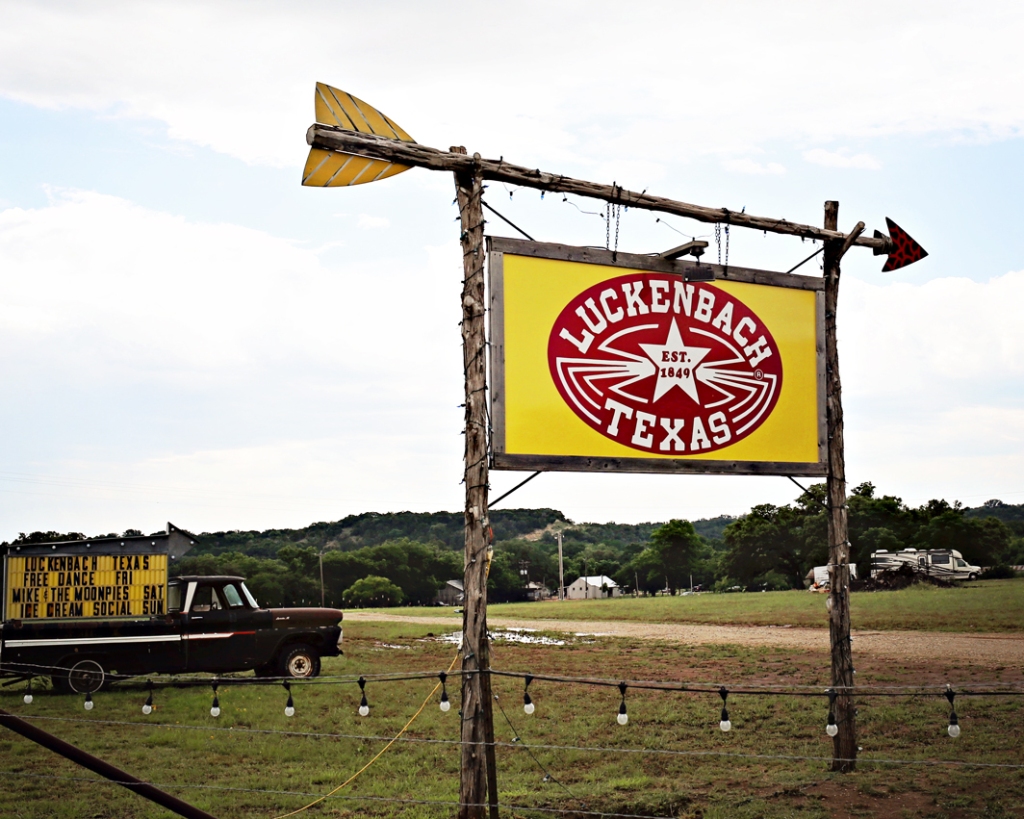 Would you like to know what one eats at this establishment?

How about Frito Pies and Cherry-Lemonade!

We did get our hands on the famous Tee-Shirts, we heard people will line up for hours to buy one.

So Tarzan and Jane were very smart, and got there FIRST thing in the morning…before it got crazy!

Saying goodbye, to a one of a kind experience.

It feels good, to finally check something off our bucket list!

Go take an adventure my friends, no matter how big or small…it does a soul good.

Fathers…HAVE A GREAT DAY ON SUNDAY!

41 thoughts on “Ya’ll…Luckenbach Is One Of A Kind!”